I have HID low beams but want the spread LED gives with my brights. Is it a simple plug and play or more to it than that?

FiST forum has huge thread about LEDs at https://www.fiestastforum.com/threa...adlight-bulb-info-finds-and-discussion.18114/
OP

LionsTooth said:
FiST forum has huge thread about LEDs at https://www.fiestastforum.com/threa...adlight-bulb-info-finds-and-discussion.18114/
Click to expand...
Appreciate it!

Here's a thread I followed. My headlights are really good now, and my backup lights are super bright, too. https://www.fiestastforum.com/threads/review-budget-leds-low-beam-and-reverse-lights.19517/ 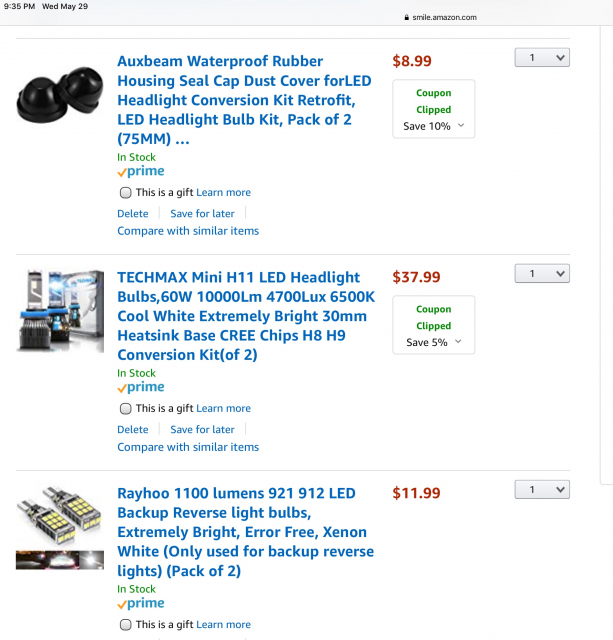 It seems to be a tremendous amount of work. Especially when it comes to aiming or "synchronizing" the individual LEDs. A former colleague did a conversion on his 2004 focus after his HID conversion failed for the third time. It's certainly way less voltage than the HID!
I don't think that it's really needed if we can just add a couple of the very affordable aftermarket LED driving lamps that are readily available today.
My friend did fix me up with his recommendation for LED strobes for my Fiesta Jolly project. Those have made it easier for me to get the car compliant to LSV conspicuity regulations for gated communities!
I installed some new Sylvania Brite star headlight bulbs and that has been a big improvement. I would be onboard for a LED headlamp upgrade if i could just purchase the entire capsules and then "plug and play". 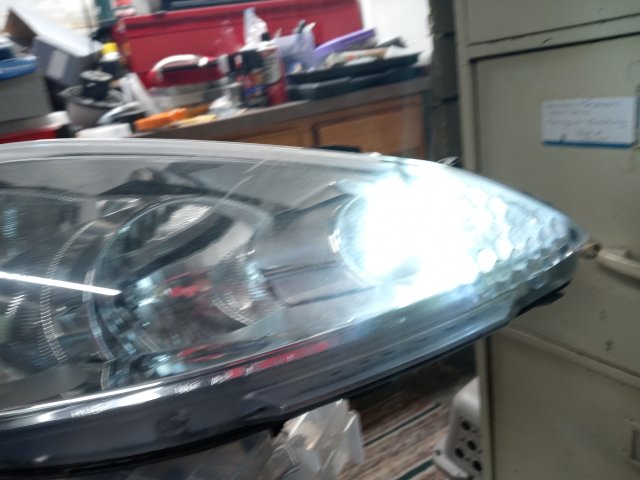 The lights pictured just go where the regular low beams go. The end caps allow the fans to fit. The driver's side cap can remain stock. I haven't done the high beams, and I don't really know what LEDs to use for that.
OP

econoboxrocks said:
Here's a thread I followed. My headlights are really good now, and my backup lights are super bright, too. https://www.fiestastforum.com/threads/review-budget-leds-low-beam-and-reverse-lights.19517/ View attachment 4480
Click to expand...
Have a link?

LionsTooth said:
Another option is 100w halogens. H1 & H11. This will be my route going forward. Plug & play.
Click to expand...
too much watts can melt the plastic...

sakura90 said:
too much watts can melt the plastic...
Click to expand...
Do you have first-hand experience with that happening?
S

LionsTooth said:
Do you have first-hand experience with that happening?
Click to expand...
in a '97 ford ranger, I installed a 75 watt bulbs, they were too hot to the touch after 1 hour, the connector behind was cracked and 1 wire burned... so I had to reinstall the old ones

Another factor of the high-heat - even if only LED, the fans provide Ventilation - which is necessary - not for just heat, but when the LED gets up to operation temperature - the LED itself can emit a "stench" of hot epoxy plastic from being hot. The color they emit does take it's toll on the Epoxy used to seal it from the environment.

Same effects for running DUAL - Element High/Low beam single lamp Filament assembly. On vehicles, unless the Lamp holder assembly is thick gauge metal - they can't run dual filament on at once - it heats up the base to a point it will melt. It's why some vehicles use 9003 metal base versus the H9004 - the Plastic connector - and why many vehicles can only run so many watts of light thru their systems based upon the tungsten (Filament) 45 or 65 watts. The amps running thru the system can heat up the connector to a point where it melts.

The heat from the bulb can easily smoke stain the inside of a headlight housing rendering it's ability to offer a focused beam - totally useless due to the excessive heat smoking the inside of the lens and chrome plated plastic - unless it has a way to vent - that bulb will fog the inside of the housing making the headlamp less and less effective in producing a beam, more like a SoftWhite Light bulb of general illumination. It's worse in a Lexan plastic housing than the older Headlamp glass they used to operate with.

LED spectrum to give you this wattage level of brightness (Kelvin in Color temperature) is in the high energy Blue, Indigo and UV, which other coatings used as part of the reflector/sand grain housing - (Cathode end) are placed in the same "cup" they absorb then re-emit light in Red and Green to form Amber - which combines with the Blue main color and looks more Cyan. That is the phosphor - like RGB - in older TV's and currently in CFL's (that phosphor coating) - only nowadays they also use (additional) an Amber coating to help with full - color rendering - but that conversion comes at a price of heat lost - it has to go somewhere. 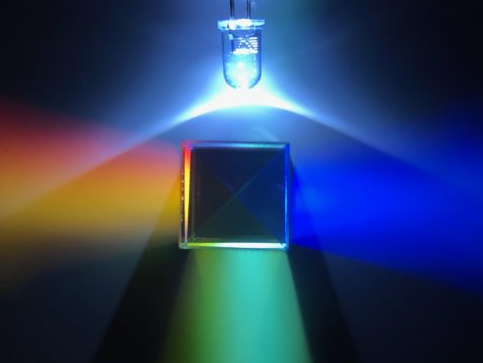