A few weeks ago we had a yellow diagonal spanner light show on our dashboard . Wife parked the car outside our home a couple of hours earlier and everything was fine but when i started the engine the lights all went out as normal with the exception of the spanner . I drove off and engine ran rough and jerking but when at cruising speed ran ok but we stopped after 10 mins and left it for a few mins , when restarted everything was back to normal and no spanner warning light , car has ran perfectly ever since .

We assumed at the time as the car was 2 weeks short of being a year old with 13k on the clock that it was a notification that it was due its 1st service and the poor engine performance was to get drivers attention in case they did not se the yellow spanner as it didnt come on after the engine had been turned off so there was a chance the owner would miss the notification .

At the time i googled the problem and understood the light to be a service due light however i could not find any mention of the way the engine behaved , both local Ford dealers are hopeless , wont tell you anything other than bring it in and we will diagnose fault , they do not care how inconvenient it is or how far we have to travel and will not tell us anything either way or give any indication what the light could mean or comment on the way the car performed at the time .

We change our car every 3 years and the last 3 cars have all been Fords but never had need of customer service other than taking them in for annual services however because of the poor customer service will not be buying another Ford , unfortunately we still have 2 years before were due to change the car so would like to get to the bottom of this issue.

The manual is in Spanish and the symbol in not in the English version , translation is not precise enough and a lot is lost i translation ,

If anyone had any information other than take it in and have it diagnosed then we would be most grateful .

The light comes on when it needs an oil change. You can get it changed anywhere.
Cambia el aceite con el mismo que tiene. Se puede reiniciar la luz asi:

Thank you Econoboxrocks but its not that unfortunately , our car is 3 years younger then the one in the video and also different model and engine , the wrench is also not the same , ours is double ended and diagonal . Our car is low milage and not due its first service until 2 years old . .The light also didnt light again after the engine had been stopped and restarted , there is also no mention in the video of the way the engine ran while the light was on . Cant find any mention anywhere about the rough engine performance for the short time the light was on , dont feel it was a coincidence the engine performed badly after the light came on then back to normal after it was no longer showing .

You have an engine we never had in the US. We never got the Mk 8 Fiesta. You might have more luck in a European forum.

Do you have a "cursory keypad" on the steering Console?

Or You have OK button on the Infotainment system, center console on the Dashboard?

Might take a moment or two to finish the Reset process, but the Wrench Light should go off.

IF it doesn't then the vehicle has stored a trouble code and the service department will have to investigate.

Thanks Handy Andy , i didn realise what you suggested was a feature on our car however it was so i did as you suggested and Oil shows at 53% so i imagine when we had the issue would have been higher as it was a few weeks ago and around 1000 km less . I did not need to reset anything as the Spanner light is no longer lit , when we had the issue after driving a short while we stopped for a few minutes , when we started the engine again the light had gone and car was running perfectly and has done ever since , no reoccurrence of anything unusual . The light did not come on while i was driving , it came on with all the lights when the ignition key is turned but rather than go out with most of the others it remained illuminated with the Handbrake and a couple of other lights , then remained illuminated when the engine has fired up , just the Spanner and Handbrake remained , that's when i first noticed it .

The wife had came home and parked the car an hour earlier and it was running normally and the light was not on then .

I first assumed the Spanner to be a service reminder as it had been almost a year since we collected the car new and put the sluggish acceleration and jerking as a physical notification to advert the driver because if the driver had not seen the Spanner light as once the engine had been turned off it did not illuminate again so could have been missed . Possibly i was way off the mark but as phoning a dealer and giving my registration number they say its not due a service for another 12 months as 1st service on this car is at 2 years or 30k which destroyed my theory .

AKO said:
I did not need to reset anything as the Spanner light is no longer lit ,
Click to expand...
That is good to know.

When the "Spanner lite" or in USA the "Wrench Lite" comes on, it serves as a reminder to change the oil. We have a second one that is similar but contains more serious events... 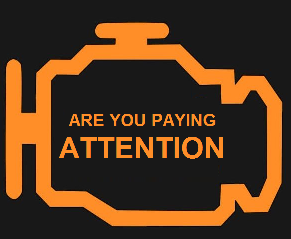 The Dreaded CHECK ENGINE light​
We usually like to see an "Empty" un-lit dashboard, but the Wrench wench comes on it can make people panic and in reaction to it - make them swerve into places to find comfort in knowing that it's really nothing but a reminder.

When a car is first new, the engine "develops" a profile of it's systems - so it sees only specific numbers and values -
As the car "Breaks in" (break in period) the system starts to see changes that it once saw as constants. Sensors are now starting to return various values that are not in range - but are processed - and as the system "learns" - this may set that light as an initial trouble code - that upon subsequent starts and drives later - didn't cause this similar value shift - so the system thinks it's ok and clears that light. It's nothing serious - at the moment (ATM)

So yes you have a right to be concerned - but to panic? No, monitor your driving and if you feel changes in drivability - then take it in and have them review these incidents.

The thing is under warranty so let them fix it. 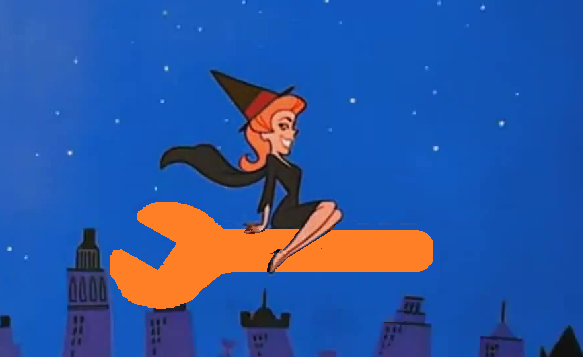 When a car is built - they ensure that the connections are made, the car starts and is drivable - but little if any other effort is made to "verify and guarantee" their work. IF other vehicles are built that same way and lasted this long, then by following this simple set of rules of consistent assembly - the process continues to be followed until something shows up as a chronic or ongoing problem

Thats is where your orange wrench light makes a difference.

Remember that when new, the engine works a specific way, once a sensor or device starts to act up - a code can get set for a condition - but what would cause that condition?

Depends on the data collected at that point - some mechanics call this "Freeze Frame" analysis - look at the data out of range - to the floor (lost dead sensor) or full out of range top of the chart - (short to the sensor - lifting a reading above a value) - this is important to know - so if the condition was not caused by a part, the wiring reports it did.

So, the system self-diagnostics itself - that's fine. But was it caused by a faulty part, a bad wire or poor loose assembly harness?

Thats 3 different ways (of some of the major occurrents of failure) that is not your fault - but caused by driving it.

So naturally "if it works don't fix it" and "Doc, it hurts when I do this."- the Doc replies "Then don't do that" - idioms apply - which one fits the best? Your driving? Or their attention to a detail they did not plan on?
Last edited: Nov 6, 2022
You must log in or register to reply here.
Share: Facebook Twitter Google+ Reddit Pinterest Tumblr WhatsApp Email Link