Rear works as expected. Pull stalk and it sprays and can hear the motor. Front does nothing. Press stalk in to operate front and no noise and of course no water. Put a meter on connector and reads 12v on both contacts. When operating either washer one side or the other drops to 0v. Pulled pump and verified it works to spray both sides off of a battery while swapping the leads. Ideas?
Last edited: Nov 26, 2019
N

Hi, did you found a solutions for this?
H 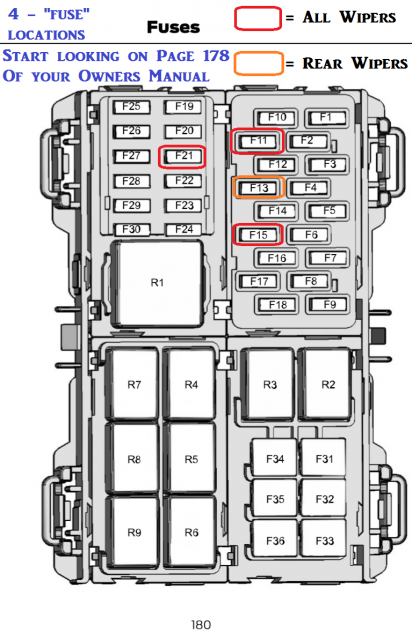 I've checked the fuses (different fuse box on my car) and none of them are showing signs of problems. I've taken out the three fuses related to the wipers and also swapped them. No luck what so ever
H

I see yours is a 2009 - which - yeah, makes it a little more challenging to find the right direction to go with this.

When I first approached my "figuring out" of the rear wiper - I took mine off, for the "stupid thing" kept cycling and forcing the lights on - even when it's a sunny day.

So had to figure out where the steering column "off" was for that rear wiper - come to find out it was when they took apart (why? dunno?) some of my dash to get access to some item - they didn't put the "covers" back together - a clamshell - aligned right. So the wiper - if I turned right too sharply for it, would "click" off the OFF detent of the rear wiper portion of the "stem" that works both front and rear wipers- and turn it to the intermittent - and if you run AUTO - DRLS or not - lights up the dash to settings for day/night - irritating...

So since the clamshell costs more than the vehicles worth, I just settled for trying to remove which fuse the rear wiper used - by process of elimination is where I found the ones circled. The Owners manual helps but only so far.

On the left "panel group" the only RED circle was the INPUT fuse power - which when pulled, took out "killed power to" the entire wiper system, the three on the right side panel group are the BCM's outputs - fused to protect the BCM. With "amber" working the WASHER for both Front and Back.

So on your vehicle - since it's a 2009 - documentation is limited on-line to find and source it - for I was showing you my owners manuals references and since I have had similar issues - I'm trying to offer help.
You must log in or register to reply here.
Share: Facebook Twitter Google+ Reddit Pinterest Tumblr WhatsApp Email Link